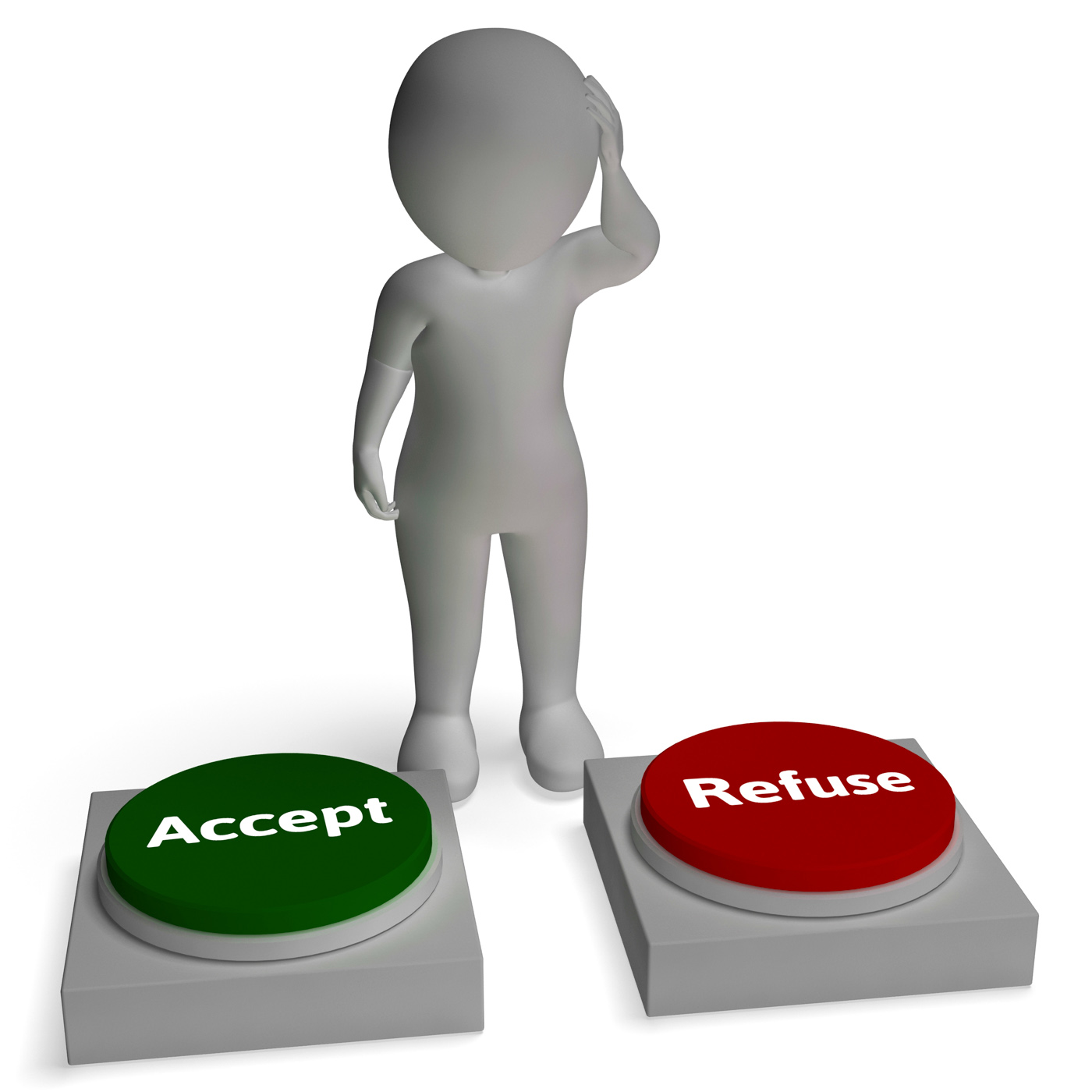 I’m naturally a very agreeable person. It’s because I like it when people are happy – even more so when I’m the reason they feel that way. At the same time, at one point that sentiment nearly destroyed me.

​There are many reasons for that, but one of the biggest ones was that I was spending all of my time dancing to other people’s tunes and never getting the things that were important to me done.

Then I learned how to say ‘no’ and everything changed. Admittedly, it wasn’t easy at first. It caused quite a bit of a ruckus, as those people who were taking advantage of me weren’t expecting me to and objected strongly when I did.

Nonetheless, when the dust settled, those who were actually devoted customers are still with me, and we have a lot of mutual profit from working with each other. The other group of my clients, not interested in the final result of my work, left me, and I am happy to stay away from them.

These were the reasons why it was so important for me to learn how to say no:

The thing is, when you can’t say ‘no’ that’s not actually true – your life stops being your own. When you don’t say ‘no’, people will take advantage of that.

They’ll use your time to resolve their problems, they will postpone their payments, and you will start losing company profit, or they will use your kindness to make you do work that should be their responsibility, and that you aren’t being paid for.

And sure, sometimes that’s okay. Sometimes you can really help and it feels nice to do so. But there are always people who will go too far. They’ll take advantage of your inability to say ‘no’.

Even worse, with me I noticed that I actually started to attract those kinds of people. These were people I didn’t actually really like that much, but that hung around and kept working with me mainly because they wanted to use me (yes, toxic customers do exist!). Who wants to spend their time with people like that, right?

The good news? These people started disappearing pretty quickly when I started telling them that magic word.

You have more time for the people who really matter.

You only have so many hours in a day. If you spend most of those hours doing things for people that aren’t really that important to you, you will have very little time left for the customers who actually are important to you, and are excited to work with you and do what it takes to get results. And that’s not cool.

What would happen to me was that I was doing so many projects that the things I was supposed to do for the customers that really mattered to me kind of fell by the wayside. I couldn’t do a good job or didn’t have enough time to do it properly.

For example, I had to run out of a meeting with my regular customer just because another high-paying client had an errand with the status “ASAP!”.

You can prevent problems before they start.

Sometimes you know something is not a good idea. You should not go up for a drink. You should not have that burger. You shouldn’t get that credit card that they’re offering. Finally, you should not take the project from the customer that makes you “have a bad feeling about this”.

The thing is, because you’re not very good at saying ‘no’, you end up doing it anyway, and then later on you have to work yourself out of big problems that wouldn’t even have occurred if you’d just thrown that little two letter word in there earlier.

Do note, this is often the most difficult ‘”no”. After all, you don’t know what the full consequences are before you’ve actually gone down that road. So you might have a suspicion that a client is going to be trouble, but you can’t be sure, because it isn’t proven yet.

Similarly, there is generally somebody pushing for you to say ‘yes’. They want to go. They want to have things done for them when they should do the work themselves. They “need your support”.

Nonetheless, you still have to say ‘no’. Because the truth is that the best way to stay strong is to avoid temptation.

It stops people taking you for granted.

When you always do what other people want then very soon, they stop respecting you for who you are. That’s the way it works.

Friendships and business relationships are supposed to be about two equals engaging on equal terms. If other people always win out at your expense, and they always get to decide what you do and – even worse – dump their responsibilities on you, then that’s not an equal relationship.

And as a result, they will quickly lose respect for you. Note that this is not a conscious thing, but it does happen. So don’t let it. It’s quite easy, really. Just throw in a ‘no’ every so often (preferably when you really don’t want to do something).

So there you go. Start using ‘no’. Don’t go overboard. We all know children going through their terrible twos when they say ‘no’ to everything. It’s no fun.

Better to take it slowly. Start off by saying ‘no’ to little things. Then build from there.

Do note, if you decide your answer is ‘no’, then stick to your guns. If you start with ‘no’ and then you eventually cave in and say ‘yes’, you’ve gained very little and lost far more, because now people won’t take your “no” seriously. So pick your battles, but then make sure you win them once you’ve chosen them.

And if people can’t deal with that, well then they don’t really care that much about you anyway.

Chris Mercer is a pro writer, developer and founder of Citatior, a powerful academic formatting tool for students.

How to Balance Multiple Passions While Growing Your BusinessHow to Stop Feeling Guilty About Discussing Your Offer at Networking EventsA Tale of Two Coaches: Why One Got High Engagement, While The Other Got Dead Air